The church of Christ was established in New Smyrna Beach, Florida in 1936. The first meeting place was in a school building that has since burned down. Three years later in 1939, the church bought a small house at 670 Dora Street to use as a meeting house. It’s difficult to see in this old photo, but the sign on the house says, “CHURCH of CHRIST“. Salvaged from those days is an old wooden box that used to hang at the Florida East Coast Railway station where the church used to put flyers for people to pick up and read about the church in New Smyrna Beach. The house still stands today as a private residence. Click here to view Florida historical documents regarding the early congregation. 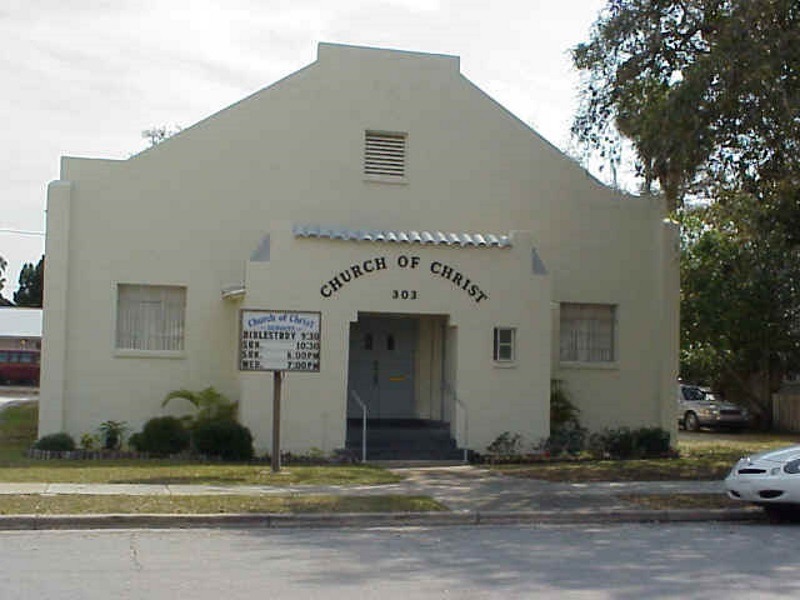 Nine years later in 1948, property was purchased on Magnolia Street, which at the time was the Main Street through town on which all traffic going North and South traveled. A new building was built and a dedication ceremony for the new building was conducted on September 26, 1948.  The church still has a transcript of the sermon in its files.

Sometime later, a bypass (Dixie Freeway) was constructed around New Smyrna which is present day Route 1. An old cement street marker pillar from days gone by stands across the street from 303 Magnolia Street at Sides car lot. 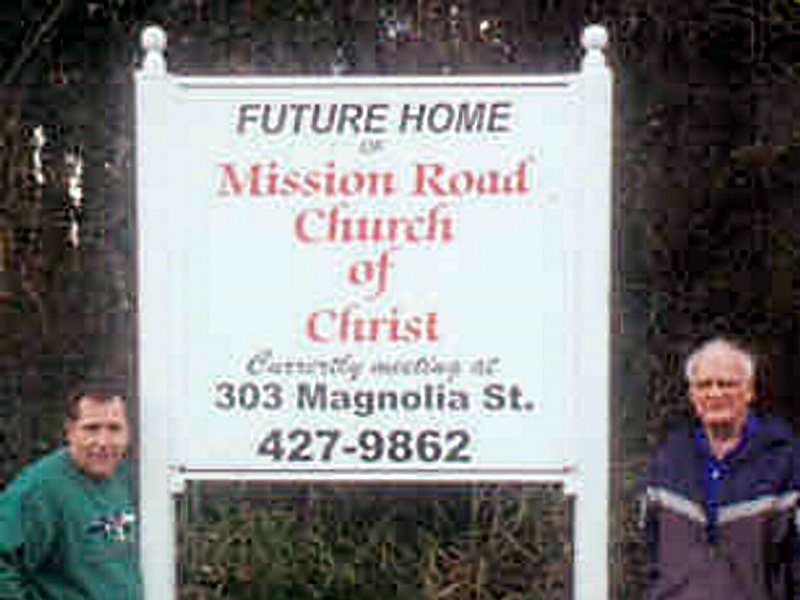 In 1999 the church bought 12.5 acres of land on Old Mission Road just 1.5 miles South of Route 44. A sign was erected on the Old Mission Road property in 1999 and plans began to construct a new church building. On August 31, 2004, with anticipation of moving into a new church building, the church building at 303 Magnolia Street was sold to a local Realtor who turned the building into 3 office suites, using one of those suites as the Realty office. In October, the church vacated the building and began meeting temporarily at the chapel located in Baldwin’s Funeral Home at 1 North Causeway, New Smyrna Beach, Florida 32169 until such time as we could move to the new facility. 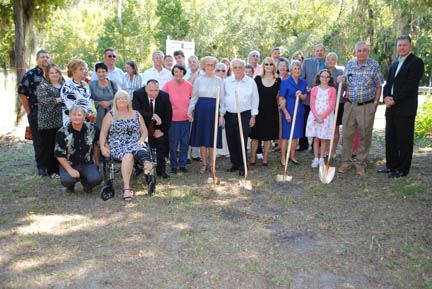 Progress on our new facility seemed to be fraught with endless delays and problems. The church continued to persevere until September 29, 2010 when we finally were able to get the property annexed into the City of New Smyrna Beach and obtained a building permit to start construction. On Sunday, October 10, 2010 a ground breaking ceremony was held on the property with some of our members. The photo to the left was taken on that day. The Mayor of New Smyrna Beach, Adam Barringer, was present and spoke at the ground breaking ceremony. He is standing on the far right of the photo. Four of our longstanding members were chosen to hold the shovels and make the ceremonial ground breaking. From left to right they are Dean West, Jim Mize, Kat Essary, and Wendell Phillips. Wendell’s family was a part of the original congregation back in the 30’s and his father, Ralph Phillips and Charlie Robbins purchased the land that the church built on back in the 40’s. 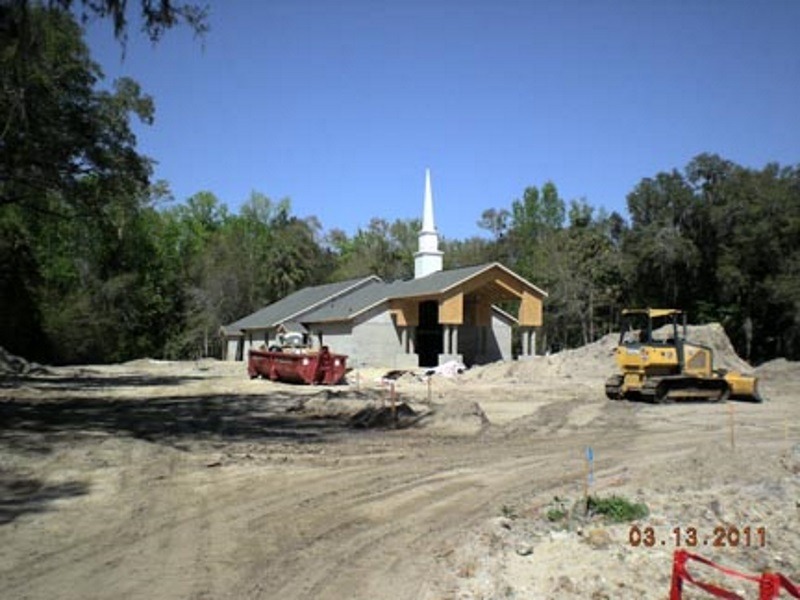 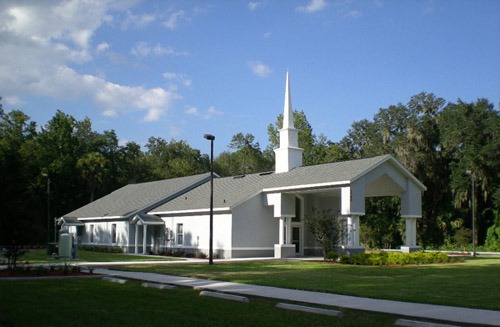 In the year 2000, Wendell Phillips, one of our long standing members prepared a list from memory of those who have served as ministers of the church from its inception. They are: